​Hope or Terror? Gandhi and the Other 9/11
In this concise, clear, compact 42-page-pamphlet, Professor Michael N.Nagler introduces key events in Gandhi's life, relevant aspects of Gandhi's philosophy, the working nature of Satyagraha, the ingredients for successful use of Satyagraha, when it should NOT be used, contemporary examples of successful application, and suggestions for forward movement.Nagler teaches nonviolence at the University of California, Berkeley and is co-founder of the Metta Center, devoted to nonviolent conflict resolution. To obtain copies for a suggested donation of $5.00 U.S. go to the Metta center.

Nonviolence: If Nonviolence is so Powerful, Why Hasn't it Succeeded in Transforming our Dominator Cultures into Peaceful and Egalitarian Ones?

In an essay by Judith Hand entitled "Until now, Nonviolence Movements Were 'Before Their Time,'" the works of suffragist Alice Paul, Mohandas K. Gandhi, and Abdul Gaffar Khan are set into historical context.

Two barriers are then suggested as the primary reasons why those movements, and many others which clearly made astonishing forward progress, have not yet resulted in the transformation of our violent, dominator systems of government:Finally, six historical factors going back rough 700 years are introduced that, along with the two changes featured in the essay, make our time, the early 21st century, extraordinarily different from all preceding historical moments ... factors that make our time RIGHT, at last, for nonviolent movements to achieve the social transformation they passionately desire. Read the full essay

Think It Can't Happen? Some Things for Skeptics to Consider

Skeptics feel nonviolence can't work for a variety of reasons. In a great many cases it's because they're unaware of successful applications. The media do not place much emphasis on nonviolent successes. A remarkable contemporary example comes out of Liberia, a small country in West Africa.
​
Liberia isn't a "natural" African nation. It was formed when freed slaves from America returned to Africa at the end of the U.S. civil war. This movement didn't last very long, but it resulted in a country with a constitution, a democracy, and a name.

Over time, Liberia degenerated into a tyrannical dictatorship, most recently under the presidency of Charles Taylor. In 1999, a "second civil war" broke out. This set off the barbaric use of rape, mutilation, and murder, something seen elsewhere in Africa as well. After eight years of this mayhem, social activist Leymah Gbowee had a dream one night and when she awoke, she decided to call the women of her church together to pray for the end of the war.

By the end of the meeting the women had pretty much decided that something more than prayer was necessary. They decided to begin a campaign, a nonviolent campaign, in which they would seek to have an audience with Taylor, to convince him to join in peace negotiations. They would wear white T-shirts and turbans, they would stake out the road along which his caravan drove each day, and they would stake out the market. They would not give up until Taylor conceded to see them.

Then a woman stood up to say that, the fact was, she wasn't a Christian. She was a Muslim, and she knew a lot of Muslim women who felt exactly the same way. Women of the two faiths joined together and began their "action."
​
An inspiring film entitled "Pray the Devil Back to Hell," documents how the story worked out, including how the women of Liberia held their men hostage until a peace agreement was signed. Los Angeles Times columnist Kenneth Turan reviewed the film: "Making peace, a T-shirt at a time." Follow the links provided to get to the Movie site, which also has great music.

That's not the end of the story. When it came time for the next election, the women of Liberia helped elect Harvard Educated Ellen Johnson-Sirleaf as the first elected women head of state on the African continent.
At this time (2009), Johnson-Sirleaf and Liberia's men and women struggle to build on this wonderful transformation in a land that is bitterly poor and crippled with a debilitating history of strife. But clearly, a determined and savvy application of nonviolence could cut through a nasty, brutal, violent civil war even in this day and age.
Another doubt skeptics will pose about the possible success of nonviolence is to say that Islamic radicals and terrorists cannot be reached by this technique. "These men are violent, their religion is violent, we can never reach them," is a protest heard many times. 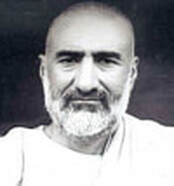 In the essay above by Judith Hand, "Until now, nonviolent movements have been 'before their time," you will find more information about the importance of the nonviolent movement of a devout Muslim man, Abhul Gaffer Khan, a contemporary and follower of Gandhi.

Contemporary Muslims need to find their footing in traditions of nonviolence, and when its leaders do, and other world leaders do so as well, we are all fully capable of using the power of nonviolent transformation.
See also a film documentary: "The Frontier Gandhi: Badshah Khan, a Torch for Peace" by writer and filmmaker T.C. McLuhan (daughter of Marshall McLuhan, the Canadian media theorist). McLuhan spent 21 years to bring this story to the screen. A film review can be found at Sunday October 19, 2008 L.A. Times by Allan M. Jalon. "A Gandhi-like force for peace."

Some outstanding films showcase nonviolence as an engine of social transformation. The starred films, in the opinion of AFWW, should be considered essential viewing for serious practitioners of satyagraha.

A Force More Powerful - 154 minutes. This fascinating PBS series of six documentaries focuses on strategies and tactics used by specific nonviolent movements to successfully battle entrenched regimes and military forces. These people had no desire to be passive or to simply plead and wait: they wanted to overturn the rulers or the laws that subjugated them, and they found a way. The series recounts Gandhi's civil disobedient Salt March; the sit-ins and boycotts that desegregated downtown Nashville, Tennessee; the nonviolent campaign against apartheid in South Africa; Danish resistance to the Nazis in World War II; the rise of Solidarity in Poland; and the momentous victory for democracy in Chile. Can be purchased at the Force More Powerful website.*

Gandhi - a reasonably accurate Richard Attenborough film starring Ben Kingsley that is a primer on the power of the techniques developed by Gandhi, first in South Africa and then during many years as he worked to free India from British control.*

Iron Jawed Angels - The film starring as the U.S. suffragist Alice Paul shows how the application of aggressive nonviolence was used by women, Paul and her colleague Lucy Burns and their allies, to secure in the U.S. Constitution the right for women to vote.*

A World of Info: A World of Information at Your Fingertips
The Internet is one of six innovations or historical events AFWW considers precursors that make our moment in history ripe for the abolition of war. The IN makes virtually instantaneous and global communication available to us as individuals, as allies, and as coalitions, and it is a vast library of information to dispel ignorance and enlighten our path forward. The following are a few of many websites that provide information regarding nonviolence: lists of organizations, sources of information, and so on.

Better World Links:
betterworldlinks.org
Offers over 30,000 well-organized links addressing subjects focused on how to leave our children a world worth living in; in the spirit of Mahatma Gandhi, Albert Schweitzer, Martin Luther King, Mother Theresa, Petra Kelly and the Dalai Lama.

International Center on Nonviolent Conflict:
nonviolent-conflict.org
Circulates a daily selective digest of world news related to past, present and potential nonviolent conflicts, including active civilian-based struggles against oppressive regimes, nonviolent resistance, political and social dissidence, and the use of nonviolent tactics in a variety of causes. They also include stories that help readers glimpse the larger context of a conflict and that reflect on past historical struggles. A link on their home page will allow you to sign up for the newsletter.

The Global Directory of Peace Studies and Conflict Resolution Programs:
peacejusticestudies.org/globaldirectory/
A joint project of the Peace and Justice Studies Association and the International Peace Research Association Foundation, this directory can be purchased here. It is an annotated guide to peace studies and conflict resolution programs at colleges and universities worldwide. This edition profiles over 450 undergraduate, Master's and Doctoral programs and concentrations in 40 countries and 38 U.S. states. Entries describe the program's philosophy and goals, examples of course offerings and requirements, degrees and certificates offered, and complete contact information, including links to email and websites.
​
Global Peace Index:
visionofhumanity.org/gpi/results/rankings/2008/
The table provides GPI rankings for 140 countries analyzed in 2008 and 121 countries analyzed in 2007, as well as year-on-year comparison. Countries most at peace are ranked first. You can click on a country to see the detail of its peace indicators and drivers. In 2008, Iceland ranked most peaceful followed by Denmark and Norway. The United States ranked 97. Iraq sat on the bottom of the list.