Fortunately for Us, Humans are Basically Good

A fundamental upon which the entire method of nonviolent social transformation depends---the method we'd need to use to create a worldview shift away from violence--is the fact that virtually all humans are basically good (sociopaths are a tiny fraction of our populations). Nonviolence works because if your cause is just, your refusal to use violence when facing an opponent will allow you to appeal to your opponents' essential human nature, to that "goodness within," and thereby ultimately to win your opponent to your side. You can shift history in a positive direction using nonviolent means.

This works because your opponents will "know in their hearts" that they are on the wrong moral side of the issue. For example, if your struggle is to end war and all people are basically good, virtually all opponents you may encounter along your way would know in their hearts that you, not they, are standing on the moral high ground.

So what is human nature? Is it in fact essentially good? Does it understand, seek, and reward fairness? Or is it, as some religions, philosophies, and economists argue, essentially bad or overwhelmingly selfish?

The Neuroeconomist Paul Zak has written an important book, The Moral Molecule. In it he describes his work with the hormones oxytocin and testosterone. It is oxytocin that Zak calls the moral molecule. His work leads him to the position that we are primed by nature to be pro-social: to be cooperative, to be trusting, to be moral. Deviation from that state, which is the state that results from the flow of the moral molecule oxytocin, is just that....deviation. Our most basic propensity, according to Zak's work and based on the action of oxytocin, is to follow the Golden Rule.

Although The Moral Molecule does not address is the issue of war directly, our understanding of the roles of oxytocin and testosterone in regulating our behavior is fundamental. Read a  full review of The Moral Molecule.

A shorter article entitled "Balancing Oxytocin and Testosterone-the Key To Ending War" focuses specifically on how Zak's work relates to a campaign to end war. 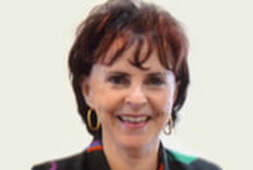 Eternal War is Not Our Inescapable Destiny
​
A plan of action to accomplish the enormous but worthy goal of ending war is outlined in an essay, "
Shaping the Future."  We are not fated to always engage in this killing and destruction. War is not an inescapable, evolved biological trait. It is not our better selves and need not be part of our legacy to those who follow us. It's time for our generation to begin the hard work to dismantle the war machine, something that could be accomplished in two generations or less from the time we begin in earnest.

We want to provide newsletter readers with a reminder about our extensive website,  www.afww.org. The materials can be a reference for personal use, something to share with friends or colleagues who doubt that it would ever be possible to abolish war, and as thought pieces to stimulate discussions, for example, by your students, a book group, or peace activist organizations. You will find on the site:
These are titles of and links to current Miscellaneous AFWW Essays