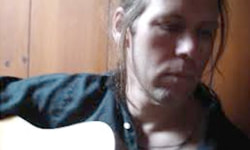 If you are looking to enjoy a good ending-of-war song, you might want to check out: "The End of War" by Eric Colville.
Learn more at EricColville.com or watch a video performance.
His website gives the lyrics. Here are the first two verses:

We want to provide newsletter readers with a reminder about our extensive website,  www.afww.org. The materials can be a reference for personal use, something to share with friends or colleagues who doubt that it would ever be possible to abolish war, and as thought pieces to stimulate discussions, for example, by your students, a book group, or peace activist organizations. You will find on the site: These are titles of and links to current Miscellaneous AFWW Essays